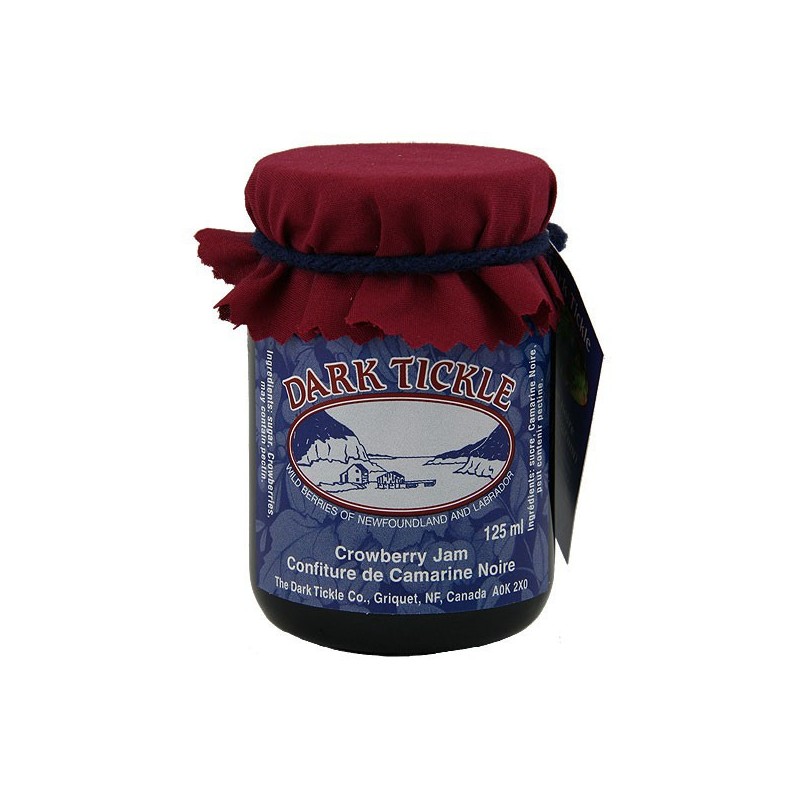 Termed by the Inuit as, "Fruit of the North", this berry's delicately sweet taste peaks after the first frost. The jam has a rich burgundy colour.

Crowberry (Empetrum nigrum). The crowberry, known in Newfoundland as a blackberry, is similar in appearance to a black partridgeberry or blueberry. It is a light green, mat forming shrub which grows in areas similar to that of the partridgeberry. The Inuit, of which these berries are a staple, call them, 'Fruit of the North.' Their flowers, male, female, or both sexes are purple-crimson, inconspicuous, and appear May to June. The season usually begins in July and lasts until the first snow. They are almost completely devoid of natural acid and their sweet flavor generally peaks after frost. The Dene of Slave Lake gathered these berries to relieve thirst when no water was available. Crowberries are extremely high in vitamin C, approximately twice that of blueberries. 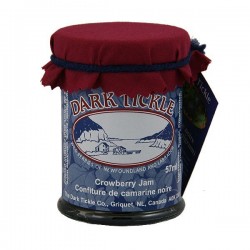 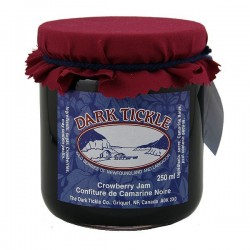 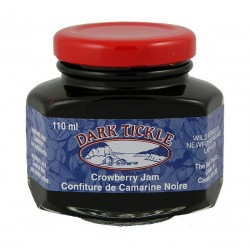