Viburnum Edule. Similar to the highbush cranberry or mooseberry in other parts of North America, this berry is part of the Caprifoliaceae (Honeysuckle family). Squashberries thrive in low to middle elevations in Newfoundland's moist forests, rocky slopes, and along margins of wetlands. It is a decidous shrub which reaches heights ranging from 2 to 12 feet. The plant has smooth gray bark and shallowly lobed, sharply toothed leaves. Once sexually mature (around five years of age) their milky-white flowers are borne from May to August and the fruit ripen from August to October and persist through winter. Cool autumn days turn the leaves a striking red to a pink hue preceeding their fall. The autumn frosts turn the reddish berries a glistening red. The tart, clustered berries are often picked in late summer and early fall as well as after the first frost. Squashberry bark was often chewed and juice swallowed to cure such ailments as lung colds. The Haida Indians considered these berries food for supernatural beings. 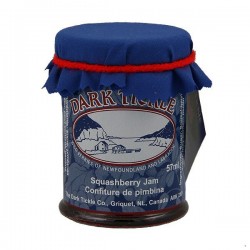 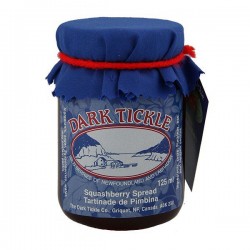 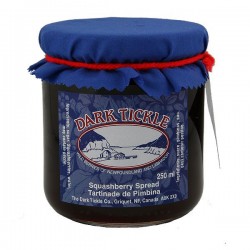